The first big online Retreat of the SFB1328 took place from 26th to the 28th of May 2021 via Webex as an in person meeting was still not possible due to the pandemic.  During these 3 days we had over 20 talks listened to by over 80 participants. All the projects were presented with lively hands-on discussion as well as the associated projects. They were able to present their data for possible integration into the SFB1328. Every one of these were intriguing and promising.
During all talks the topic of research ranged from the extracellular signaling via the adenosine and ATP receptors and the brakdown of the signaling nucleotides to highly specialised intracellular signaling in certain cells. The design process of new helping tools for closer looks was demonstrated and expolained. Thanks to these tools a more sophisticated investigation of the processes will be possible.

Additionally, wonderful talks were given by external speakers, giving a broad and new understanding about the topics. Also interesting historic data concerning the process of research and development of newly found structures was presented. It was a great opportunity to get to know all aspects of the purinergic field, apart from the specialised area of research. Thank you all for coming and listening!

On the first day after a brief Welcome by Prof. Guse with an overview of the overall progress so far the projects A01 - A06 could present the progress of the last few years and the planned proposal for the next funding period.
The first new project also presented their ideas and plans to be accepted into the SFB1328.

In the evening Stefan Feske from NYU Medical School held a talk about the "Regulation of Immune Cell Function by the Ion Channels". After a very engaged discussion the conference was closed for the day.

On the May 27th the projects A07 started off the second day of the retreat. The projects A08 - A13 followed up with equally interesting presentations. The possible new project N2 was the last talk of the internal talks but not less brilliant as the established projects.

Francesco di Virgilio from University of Ferrera in Itlay endeared everyone during his talk on "Exploiting extracellular ATP in the tumor microenvironment: a novel appealing therapeutic option", showcasing his long experience in the purinergic field and the process of studying a newly found structure as well as his successful career.

Finally, on the last day the projects A14-Z02 closed off the progress reports of our established projects. Great new ideas for the next step of the work were gathered and refined during the still animated discussions.
New ideas were also discussed during the presentations of the last three proposed projects N3-N5.

After three long but worthwile days the retreat was closed for this year. Thank you to all participants! Hopefully, the next time will be in person but until then please stay healthy!

After the successfull presentation of the progress thus far in the beginning of the year, a meeting to discuss the future of the CRC was planned.

Seeing the achievements during the first term of the collective, a decicsion was made to continue and tweak the projects and their concepts. In person, collaborations and new approaches to the existing as well as the newly planned works were talked about and the groups of the different cities were brought closer.

As a safe in-person retreat was made possible by the Maritim Hotel TImmendorfer Strand, a special focus was put on the PhDs. After two years of almost exclusively presenting online, a poster presentation as well as a voluntary talk were offered. The IRTG offered workshops in preparation for the evening. During this time, the representatives of the IRTG also took their time to take in the wishes of the students concerning improvement and their wishes of possible offers or support given by the graduate school.

In the time off, a diverse range of activities were offered to bridge the borders of the project groups and encourage new friendships. The PhD students prepared an escape game, a volleyball tournament and a pubquiz. Besides, during meal times the seeting was mixed. Many collaborations were established over lunch or coffee. 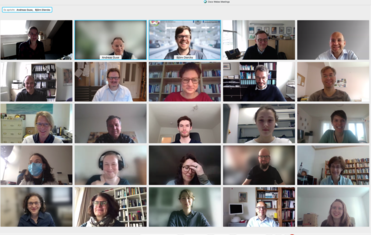 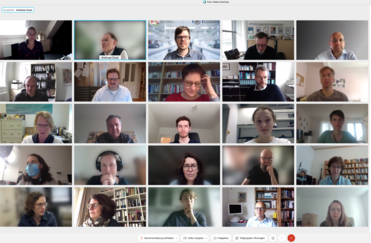 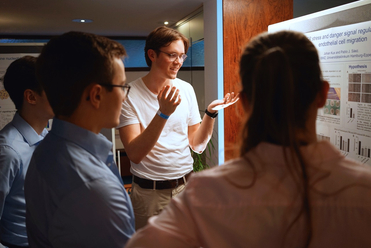 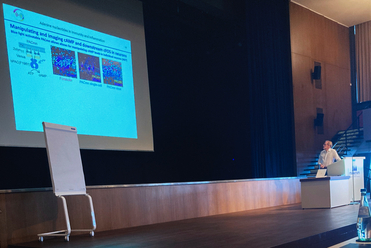 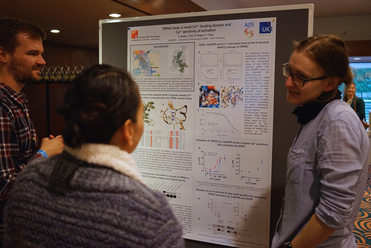 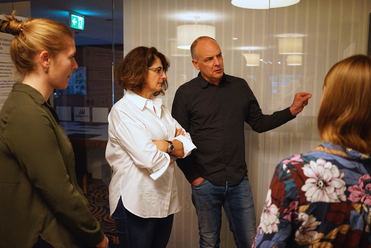 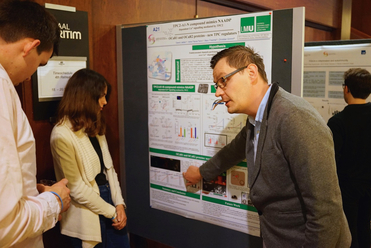 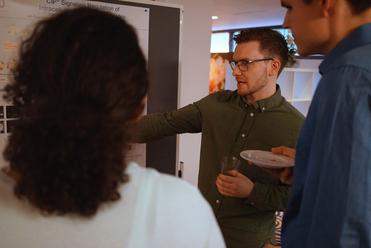 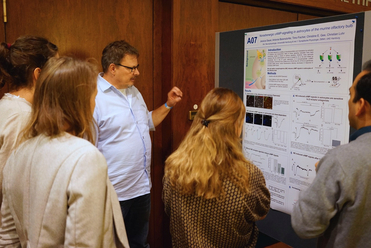 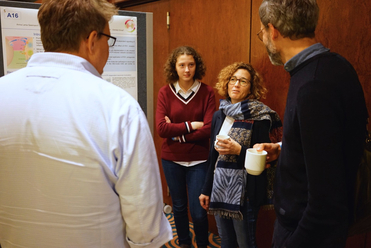 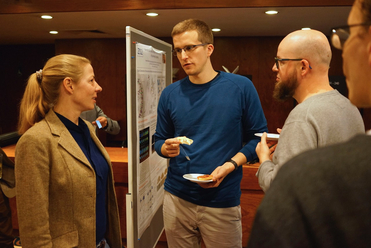 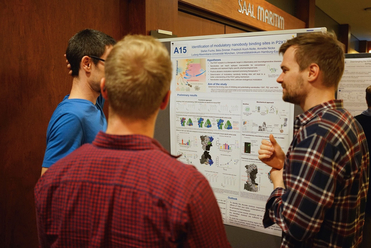 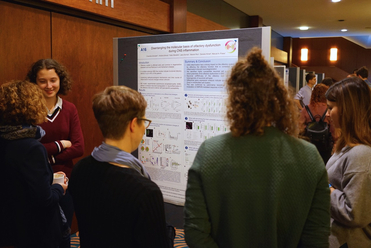 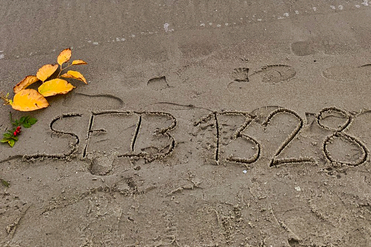